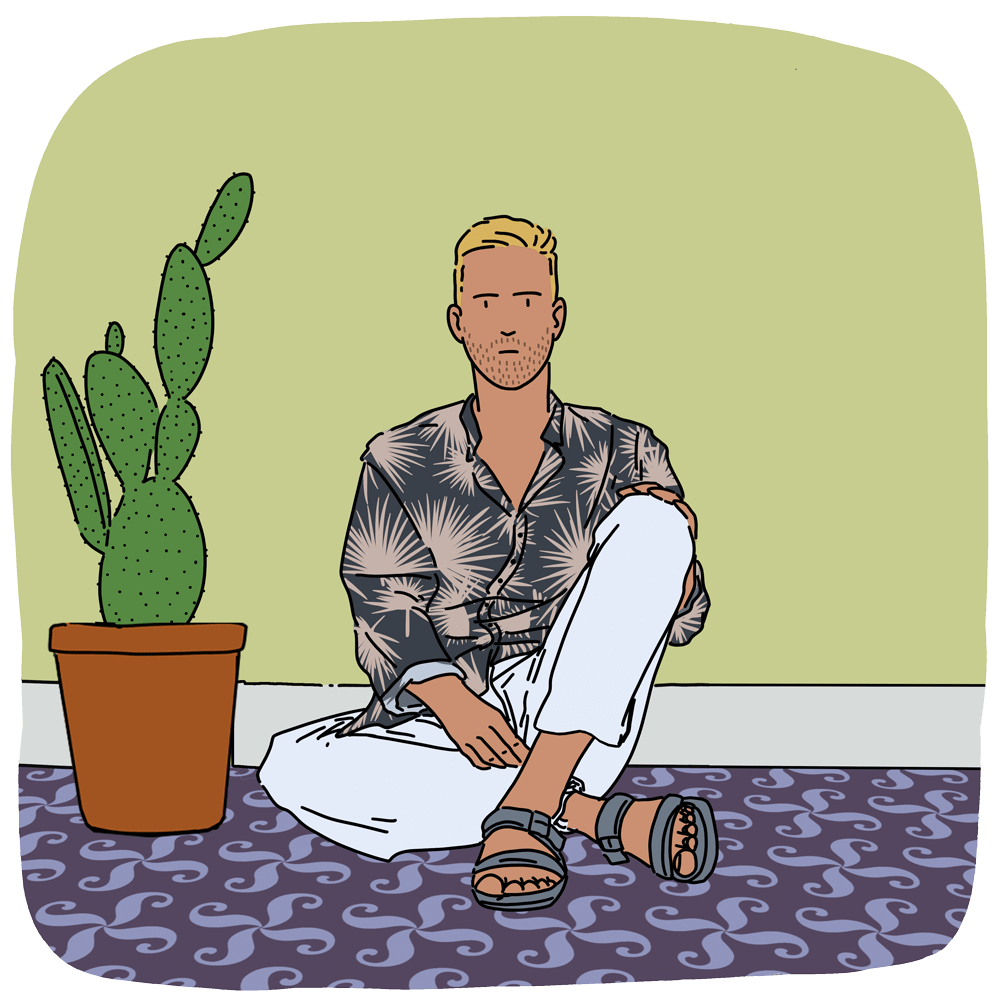 Blu Paraiso was born during a year-long journey exploring Mexico. Fascinated by its rich cultural heritage and sense for colors, Designer Martin Pégourier, launched the label in spring 2020. Influenced by vintage menswear and craftsmanship, Blu Paraiso strives to elevate casual garments and create unique designs that will be loved and worn for years. The label is defined by a laidback and colorful style. The collections are produced by artisans in Mexico and Europe where fabrics are equally sourced.

Martin Pégourier was born in France in 1981. He grew up in an artistic environment. Both his parents were running fashion shops and since an early age Martin used to accompany his mother in her buying trips. After studying Textile Design in Paris, he moved to Milan to pursue his dream. He first expressed his talent as a Print Designer and then later as a Menswear Designer. In 2013, he moved to London to follow his career path. Today Martin divides his time between Paris and Mexico City.